Welcome to today’s episode of the Small Business Talk Podcast where I chat with – Audrey Paterson on how to plan your business to give yourself financial freedom.

Audrey Paterson has been in Financial Services 30 years plus, my passion is for helping women create a plan to allow them to have choices, have more time and freedom and better health. Audrey also works with children to help believe they can achieve anything they want to achieve.

Today, she speaks with us about having a work-life balance between financial services and network marketing.

No One Plans to Fail; They Just Fail to Plan

Each Monday morning it is encouraged to make a plan for the week. On a Friday if you haven’t achieved what you intended, it’s likely to be as no plan was set on Monday.

Spend time on your business every single day, even for just 5 or 10 minutes, in whatever way you can to keep your business moving forward. Don’t get too reliant on crossing every task off your to do list each day. Take just six things forward to the next day so you don’t feel overwhelmed. Have a plan and review the plan in order to know what has and hasn’t worked. By doing this, your business can move forward.

There are many tools and programs to help you allocate time to tasks. Based on how you learn, use a system that works for you. I have time chunking allocated in my diary and I have it all coloured in. If you are a visual, using colours is a great way to plan. I slot in what I need to do for each of my businesses each day plus when I have to be with my son, when I need to do mindset, when I need to be at the gym. If I don’t include all the things that I need to do, time can run away.

For instance, I set myself to go to the gym three nights a week. When a client calls and asks to see me, I would have normally given up this time. Now I say that time isn’t suitable and offer alternate times. Sometimes we don’t value ourselves and our time; we too easily give our time up because we think that’s what we should do. You have to think of those appointments with yourself, as client time that can’t move.

Small business owners quite often end up coming unstuck with this as they’re focused on chasing ‘the dollar’ whether they need to or not. They think “Okay, that’s a paying client. I have to take that appointment”. But in reality, the client’s probably quite happy to reschedule to a different time. Or it’s not even re-scheduling because you haven’t booked it to start with. Make a time so you still get to go to the gym, which is your mindset and your physical health which means that you can run your business better. We all have the same amount of time and money. It’s just how we allocate it.

You have to keep reviewing what you’re doing otherwise you may just keep going , think you’re sailing and everything’s going fabulous, but unless you’re actually reviewing what has happened and changing what hasn’t worked, then you’re going to keep getting the same results.

If we’re not looking at our numbers, we can’t measure them and make adjustments. I’ll ask people “How much do you want to earn?” and then I will ask them “How many hours can you do to earn that money” At the end of it, they’ll say, “I haven’t made anything.” But when I ask them how many hours they’ve actually done, their hourly rate is actually really high, but they just haven’t done enough.

Different software allows you to track what you’re doing on the computer. It’s amazing how many hours’ people spend scrolling Facebook and other social media and basically wasting time. It’s got to be income producing and if it’s not income producing, then your business is not going to make money.

Make a plan of where you want to be in three to five years. I always suggest in terms of money, when you’re actually looking at how much you’ve earned as well, is a third, a third, a third. Always be putting 10% back into what you’re actually doing. So say you’ve earned $1,000 then $100 must go back into your business to keep it moving forward. The other third to third to third I coach in primary schools too. That is, people forget that they’ve got to pay taxes, forget about holidays, Christmas and everything else. They get to the end and think, “Oh, fabulous I’ve made money. I actually have not made any plans what to do with the money.” And you must put it away for a longer term and then review again for the next three to five years.

In Australia, we have GST. So we earn the money, but then we have to give the government the GST component as well as pay our taxes. And the amount of people that actually spend their GST money because they think it’s theirs, they come to the end of the month, the quarter or the year, depending on how they’re paying what we call BAS, which is the GST component, and they’ve got no money to pay it. When we decide to be self-employed, we take responsibility for what we do.

I think that works well when people have bank accounts they actually put money in at the end of the week or the month, so it’s not in their spending account, or when it’s automatically deposited somewhere it can’t be seen. I’m not sure whether you’re a fan of Profit First or not, but that’s very popular at the moment with Mike Michalowicz and that’s what he talks about is different bank accounts so you can’t actually see the money.
I don’t know about Australia, but things are tough in the UK and one income stream maybe just doesn’t do all the things you want it to do. This is why a second income is sometimes needed. Rather than spent time watching TV, you can do something else that will bring in another income stream. That other income stream could be the part that feeds into the tax account, where you don’t actually see that money.

Make your plan firm then work backwards so you know what you need to be doing yearly, quarterly, monthly, weekly, daily.

Listen to how to plan your business to give yourself financial freedom episode #035 of The Small Business Talk Podcast for all these tips from Audrey and more.

My Haters are My Motivators​

How to Win Friends and Influence People by Dale Carnegie 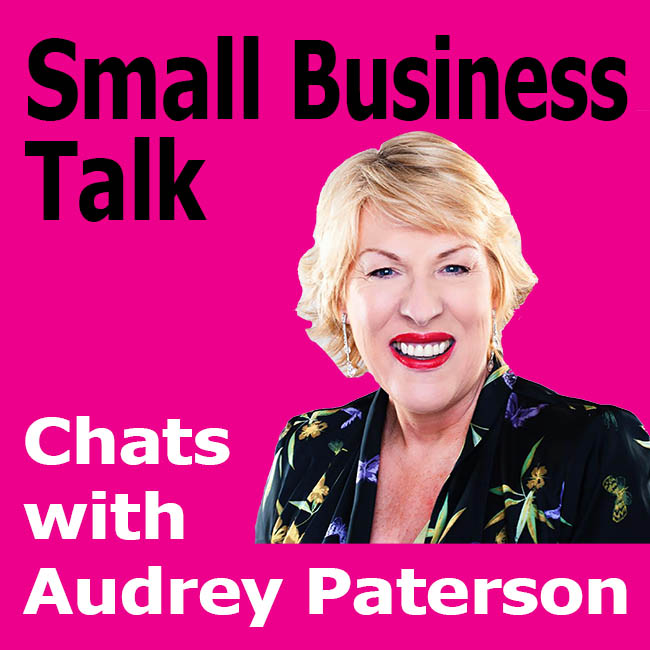